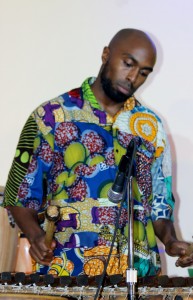 Reginald Louis Ross, born 1979 in Georgia. Reggie was was introduced to both the visual and musical arts by his older brother; who began to teach Reggie to draw. While still in Georgia he took his first piano and guitar lessons.

Reggie’s family relocated to Maryland. By high school Reggie set his path towards a career in the visual arts. After graduation from high school, in 1997 Reggie headed to New York where he attended Pratt Institute and later Parsons school of Art and Design. 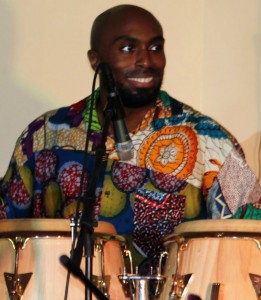 In 2004 he began traveling to Guinea, West Africa to further his knowledge and skill in both West African drums and Balafon. Today he resides in New York City. He works as a motion graphics artist in Manhattan and is the premier balafonist for Resura Arkestra.